In this scenario we have a receptor and a known ligand in the PDBQT format and we define a docking box centered on the ligand.

We will use the cyclic dependent kinase protein 2 CDK2 (pdbid:4EK3) and one of its ligands (pdbid:4EK4). The files 4EK3_rec.pdbqt and 4EK4_lig.pdbqt are available in the data file associated with this tutorial. 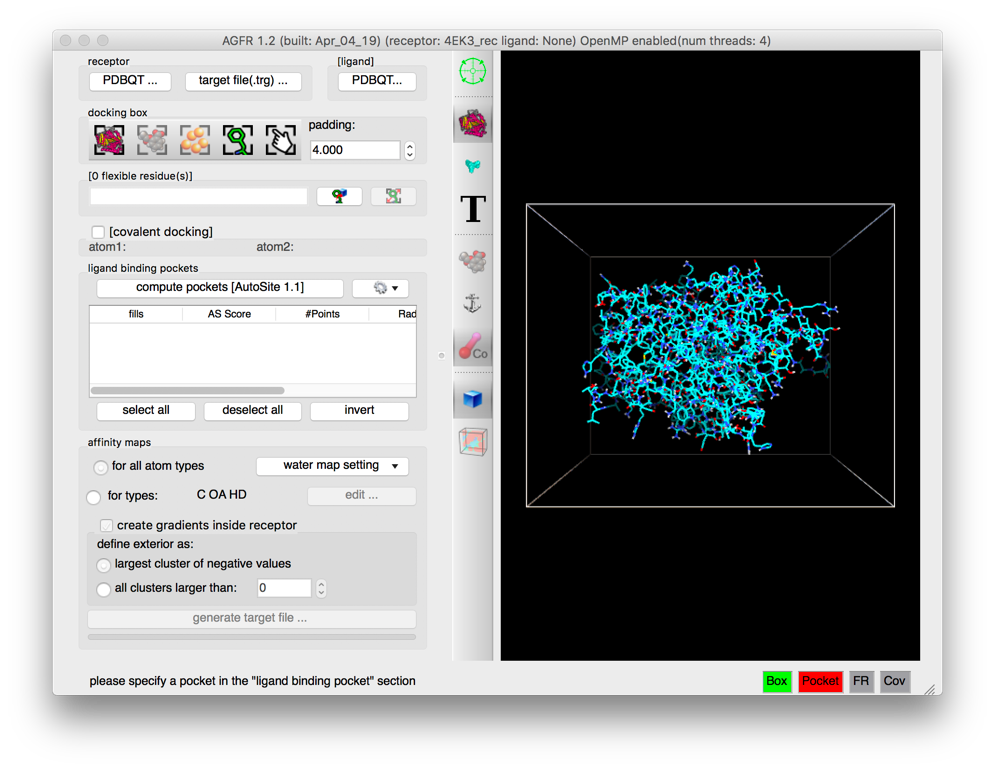 Details: the ligand molecule appears in the licorice representation with carbon atoms displayed in yellow. 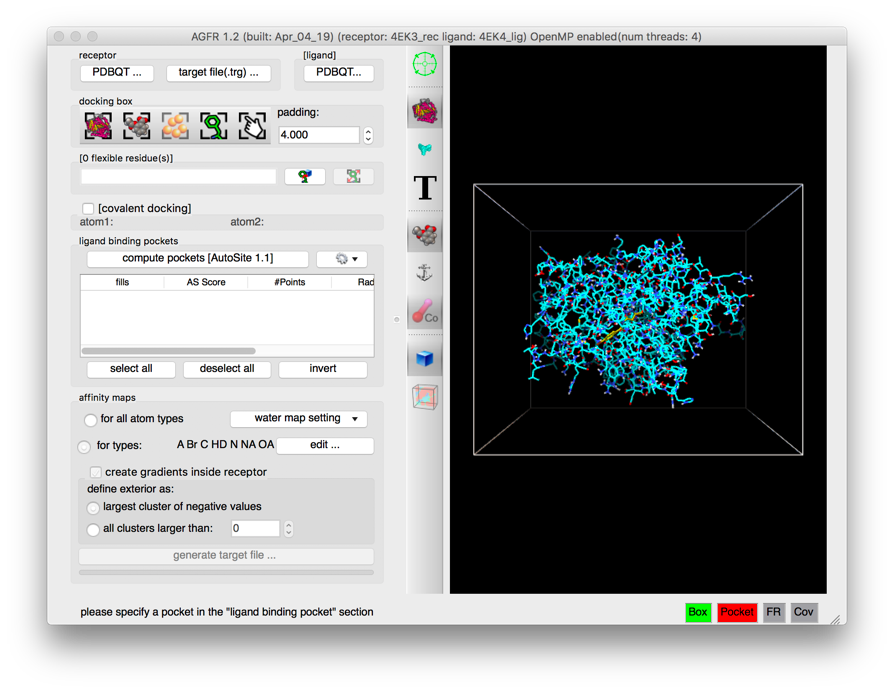 to make the docking box cover the ligand then click on

to focus the 3D scene on the box.

Details: the docking box is now centered on the ligand and scaled to have a 4.0 angstroms padding from the ligand atoms.

The padding can be adjusted using the spin box in the “docking box” section. 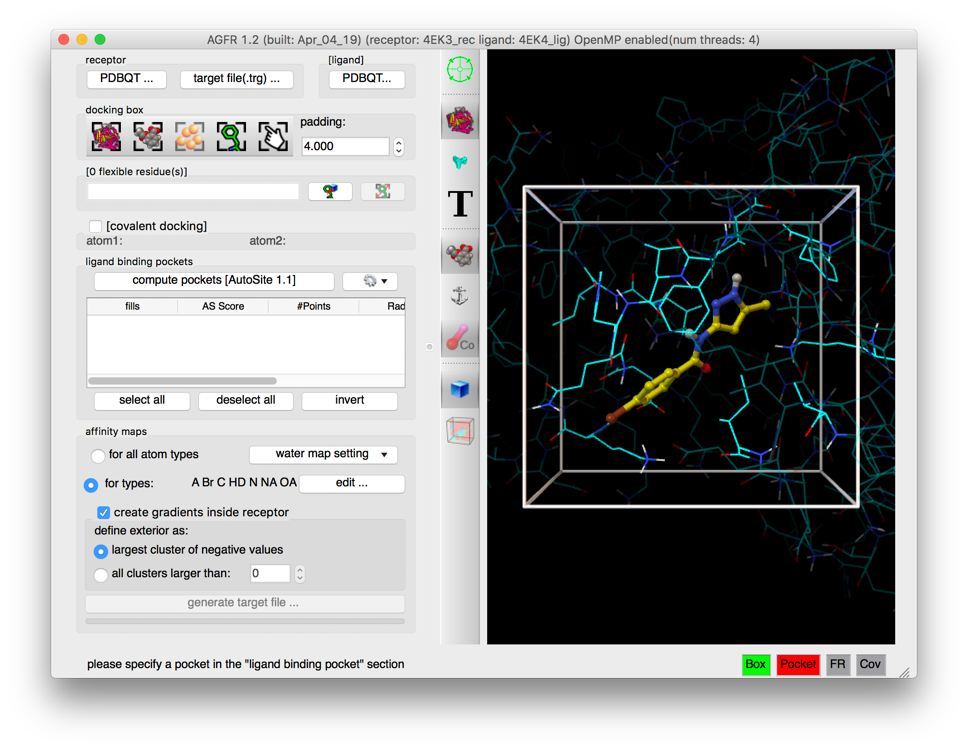 The spacing widget sets the distance between the grid points at which affinity values are calculated.

The smoothing widget allows the specification of the smoothing factor used for calculating affinity values. These values are initialized with AutoGrid’s default values.

Details: versions 1.0 and 1.1 of AutoSite are available. Version 1.1 produces better pocket descriptions, especially for larger ligands, but is somewhat slower. Here we use version 1.0 as it displays more grid points which work better for illustrative purposes. 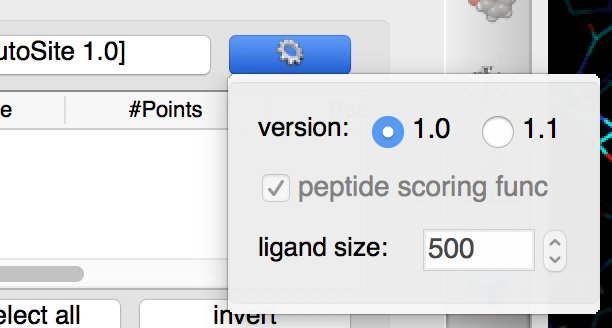 Details: ligand binding pockets are computed using AutoSite by identifying and cluster high affinity points. Each cluster of points is called a “fill” and listed in the table widget. The pocket with the largest AutoSite score is selected by defaults and displayed as a set of green dots. The fill points of all selected fills are displayed in the 3D viewer and will be written into the target files. 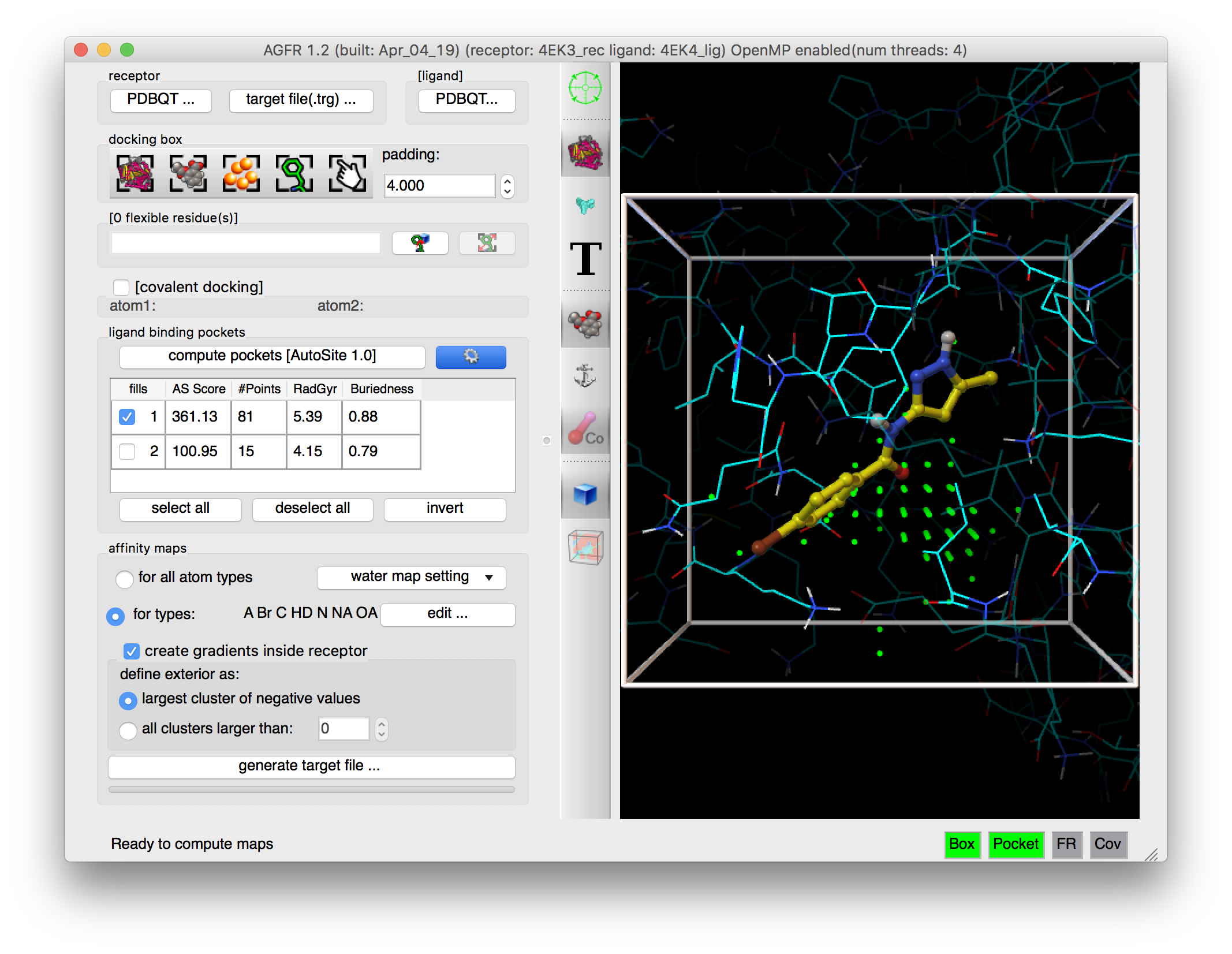 Details: loading the ligand initialized the list of maps to be computed to the list of AutoDock atom types found in the ligand, in this case: “A C Cl HD N NA OA”. Computing maps for all atoms types will use a little more disk space but the resulting target file can be used for any ligand and is recommended. 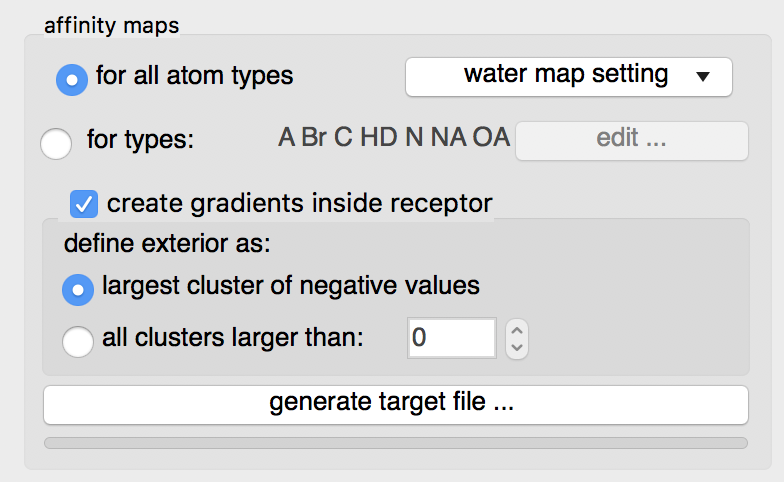 The “edit …” button will display an interface for manually specifying the list of atoms types for which affinity maps are requested. 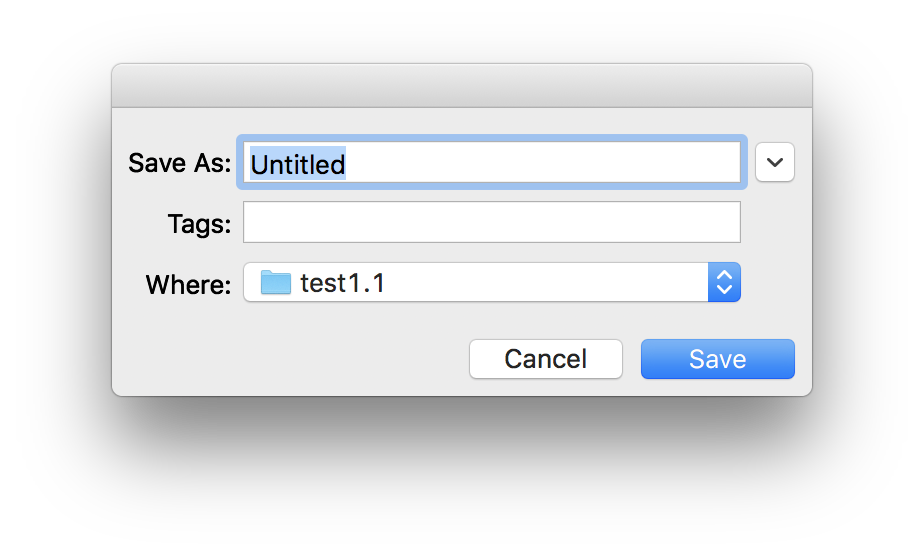 It is recommended to use names that are descriptive. In this case we use NativeCDK2BindingSite_rigid as we defined the docking box using the native ligand and we did not specify any flexible receptor side chains.

Details: The target file produced by this tutorial can be generated from the command line using this command.

-as :  tells AGFR to use the original AutoSite algorithm rather than version 1.1

NOTE: By default, when a ligand is specified on the command line, AGFR will use this ligand to position and size the box. For more command line options use the -h/–help command line argument with the agfr command.

The command provided above produces the following output: 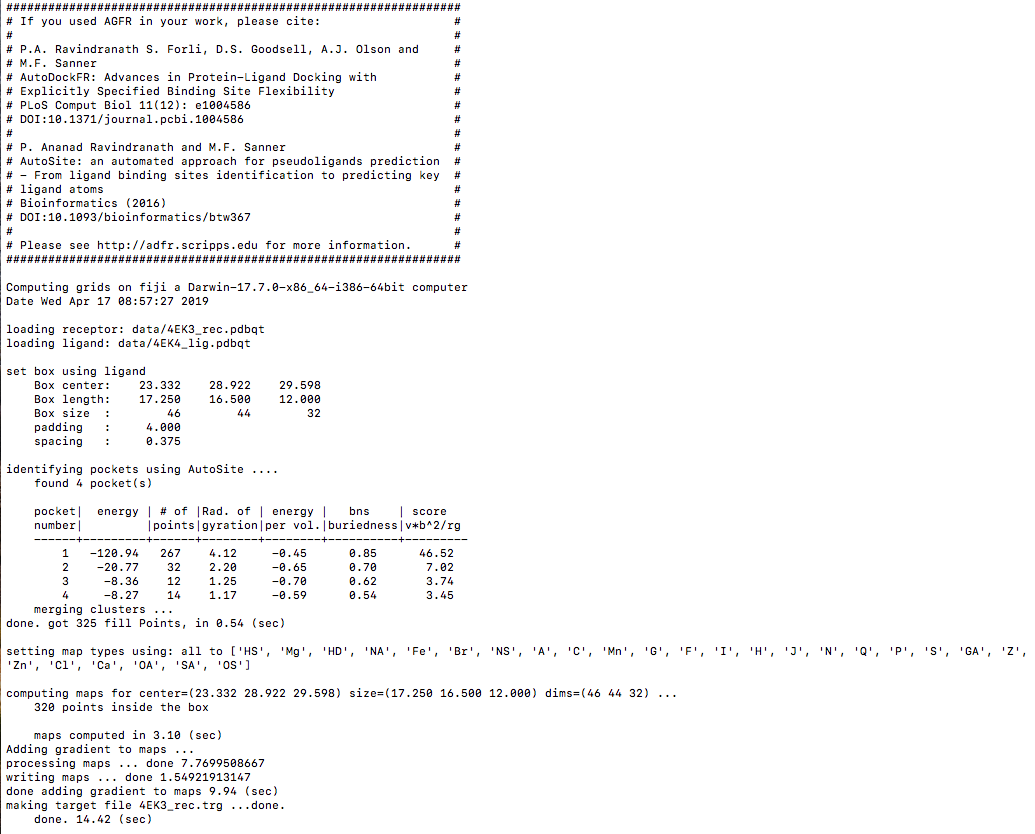