3D Viewer. A tree widget reveals a “root” object, which is the parent of very geometry displayed in Pmv. This widget is used to select a geometrical object for which rendering attributes will be modified using the Appearance Tools and Clipping planes interfaces located below the tree. Note that when no geometry is selected, the appearance and clipping planes widgets are disabled.

Every molecule loaded in Pmv creates a child of the root object named after the molecule (e.g. 1crn). The children of the molecule node are the geometrical objects displayed in the 3D Viewer to represent this molecule in various ways. This list may vary based on the representations calculated and shown for a particular molecule. Nodes in this tree can be expanded and collapsed by clicking on the blue triangular shape located to the left of the node’s name.

The top row of buttons in the Appearance Tools group pertains to the front facing polygons (i.e. polygons with a normal vector pointing toward the camera or person viewing the scene). The first button

The “Clipping Planes” group provides an interface for enabling/disabling, transforming and capping arbitrary clipping planes. The 3D Viewer in Pmv supports up to 6 arbitrary clipping planes, each of which can be enabled or disabled for any geometrical object displayed in PMV. By default when a clipping plane is enabled it will clip all children geometries. Clipping planes 1 through 6 are enabled using the middle row button. The top row of buttons supports binding the 3D viewer’s virtual trackball used to create 3D transformations such as translations and rotations to a given clipping plane. When a clipping is transformed, it graphical representation is drawn in the 3D Viewer. Moreover, a red button is added at the right end of the top row, which can be used to stop transforming the clipping plan and restore transformation of the 3D scene. The left mouse button rotates the clipping plane. The right mouse button translates the clipping plane in X and Y screen coordinates. Shift right translates the plane along its normal. 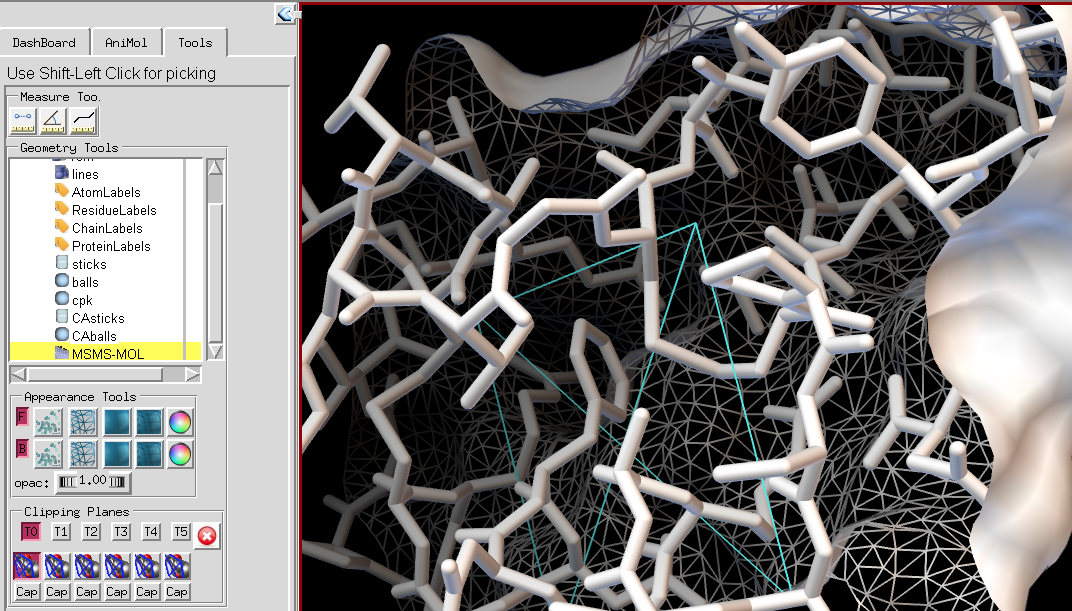 The last row of buttons is used to “cap” a particular clipping planes. Currently capping only works properly if the edge of the clipped geometrical object has a single connected component. It is possible to use multiple clipping planes on the same geometry with caps. The caps appear in the 3D Viewer as children of the clipped geometrical object, thus allowing control over the rendering of the caps. 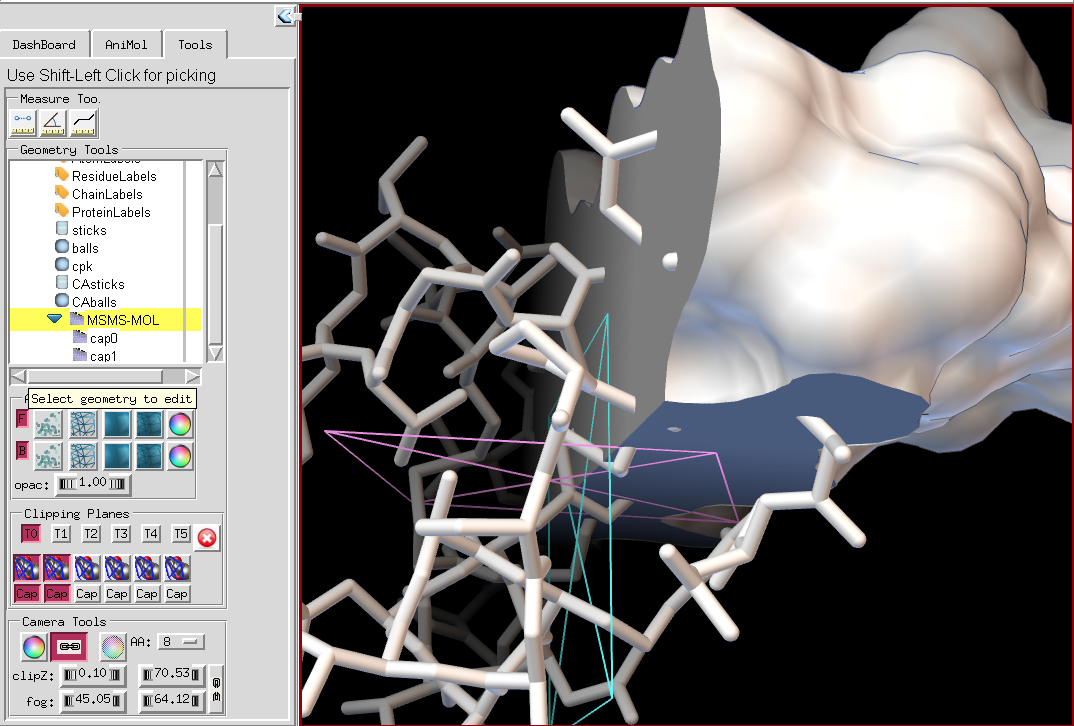